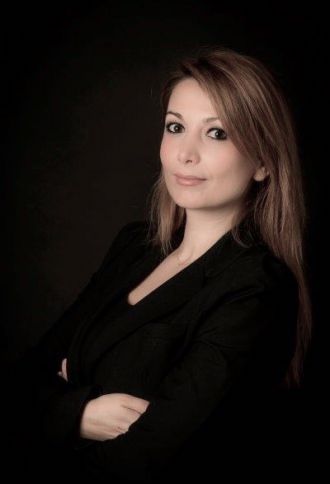 Member of the Bar Association of Geneva (OdA)

Born in 1981, Mrs. Ana Krisafi Rexha obtained her Law Degree at the University of Geneva in 2005.

Mrs Ana Krisafi Rexha holds a Certificate of advanced studies in legal professions, awarded by the University of Geneva in 2011 and a Diploma in International Trust Management, awarded by the "Society of Trust and Estate Practitioners" in 2012.

She completed her internship at the law firm Lalive, renowned worldwide for its experience in the field of arbitration, and registered to the Geneva Bar in 2013.

Before devoting herself fully to the exercise of the profession of Attorney-at-law, Mrs. Ana Krisafi Rexha gained a solid experience in the practice of law working as a corporate lawyer within multinational companies based in Geneva.

From 2008 to 2011, Ms. Ana Krisafi Rexha was hired by Cargill International SA, a leading commodity trading company, as Contract’s Manager in the field of energy, covering the regions of Europe and Asia. As the head of a team of contract negotiators, her tasks were, amongst others, the drafting, review and negotiation of complex contractual instruments as well as the conduct of negotiations with banks and other trading companies.

Mrs. Ana Krisafi Rexha joined the Geneva Bar in 2013. The same year she started her collaboration as an Attorney-at-law at Ducrest Heggli Attorneys LLC, her main domains of expertise being business, civil and administrative law. She managed successfully complex law cases for demanding clients, in the fields of companies and trusts law, but also of estate and commercial aspects as well as family, immigration and criminal law.

With over a decade of practice of swiss and international law, Mrs. Ana Krisafi Rexha joined the law firm “Avocats Associés” in 2016. She has extensive experience in family law (divorces, separations, parental rights including custody and parental authority, child abduction and return procedure, authorizations for change of residence of children and departure abroad, as well as other fields of swiss and international private law) and has been successful in complicated cases both before the cantonal courts of Geneva and Vaud and before the Swiss Supreme Court. In addition, she advises on criminal law, expatriate and foreign residents rights, commercial and contractual law (including labor law and leases and rents), as well as on the law of the foundations and associations.

Mrs. Ana Krisafi Rexha defends a humanistic conception of law, taking into account the client's best interests, while searching for fair and economically realistic solutions. She practices in French, English, Albanian, Greek, and has a solid knowledge of Italian and Spanish.